Stasha asked us to write an anything goes list about cars since she recently acquired a Swagger Wagon. She shared her knowledge about car buying and I am fist bumping and high fiveing the worthiness of a babysitter when car hunting.

Here I give to you ten random car related memories.

1. I didn't get my driver's license until I was seventeen and only because one of my guy friends constantly harassed me about it. I was perfectly happy being driven around by all of my friends in their adorable cars that were given to them. Because of my age and birthdate I was one of two juniors in driver's ed with a class full of sophomores.

2. We had open campus for lunch and my friends BEGGED me to drive our basic navy blue station wagon sans air conditioning or radio. We loaded up my boom box and blasted Bon Jovi. And people wonder why I preferred my friends red Honda Preludes,  brand new gray Grand Ams and Jeep Cherokees?

3. I bought my sister's Ford Temp for $500 during my third go round of college. It had pimped out windows, a tape deck and got me from one place to the other.

4. En route to Applebee's to celebrate the end of finals a few days before Christmas my bff and I were t-boned in my Tempo. Many people witnessed it, coming outside of stores and businesses due to the screeching and metal on metal collision. No one offered to help. I ended up walking into a store and borrowing their phone to call police. I must have been in shock because I called the non-emergency number. We were afraid to go to the hospital by ambulance since we didn't have health insurance but my mom insisted on taking us later when we told her what happened. We both had whiplash.

5. Once I settled with insurance it took me six weeks to buy a new car because between full time school, practicum and a bazillion (seven to be exact) part time jobs I didn't have the time. It was the one and only time I chose the color of my car-a red Pontiac Sunbird who I lovingly nicknamed red hot hoochie mama.

6. The first brand new vehicle I bought was a 2001 Ford Escape. We were about to have our first child and had been sharing one car since Big Yankee's car was totaled when he was hit by an uninsured driver the week of Christmas. I jokingly said I wanted a hunter green Escape to match the Eddie Bauer stroller combo I lusted after, but we ended up with a navy blue one because it was available then and there. 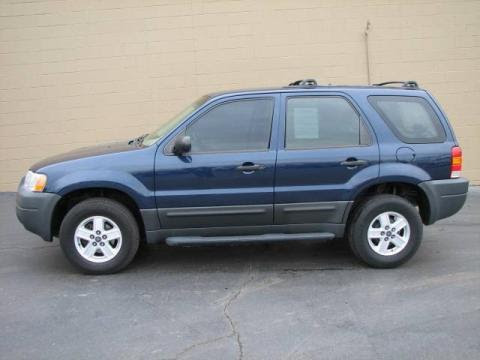 7. Much to Big Yankee's chagrin, my vehicle overflowth. On more than one occasion I have provided lunch for co-workers thanks to the extra Campbell's Chunky soup cans rolling around. If there's ever a roadside early education or crafting emergency I am your gal. Between work and scouting I am sure to have some glue sticks, stringing beads and activities to promote one-to-one correspondence.


8. Once when I was HUGELY pregnant, my Ford Escape stalled in the middle of a very busy turn lane during lunch rush when we were living in Southern California. When my big ol' preggo lady self dressed for work got out and started trying to push it out of the way two gentlemen came to my rescue. I had no money and no cell phone and the convenient store wouldn't let me use their phone. Lucky for me someone left her wallet at the pay phone so I borrowed $20 and spent the next hour trying to reach Big Yankee who was outside doing yard work. Lest you think I'm a thief I mailed the wallet and $20 to it's rightful owner.

9. My wedding dress and I sat on the side on the 215 in Southern California one Memorial Day weekend for hours on end when red hot hoochie mama aka red Pontiac Sunbird broke down on me. My then fiancee, Big Yankee was covering a baseball game and I had no one else to call. Eventually a California Highway Patrolman (not Ponch and John much to my dismay) came to my rescue.

10. On Christmas Eve 2009 en route to my parents we were hit from behind and sent flying into a cement highway divider. I had been engrossed in my book and didn't feel the first impact but heard Big Yankee yelling "we've been hit! We've been hit!" I thought we were going to die. I remember turning around to get one last look at our children.
Posted by Robbie K at 1:10:00 AM

Awesome list Robbie but I can't BELIEVE you waited one moment to get your license. I was standing outside the DMV the morning of my 16th. Although, I was the first one to turn 16 so everyone was counting on me--that might have had some influence!

Wow... you've had some traumatic car experiences!! Glad you're in one piece to tell us about them!

I waited until 17 because driving made me anxious - your reason was better. Your list reminded me of all the car accidents I've been in - that's one of the things that really unsettles me, this realization that I take my life into my hands every day. And yet we all do it anyway.

Wow....Christmas seems like a bad time for driving according to your experiences.
And I had to reread the story in #8 a few times...what bad and great luck all at the same time! And great luck for the woman whose wallet you mailed back!
And #7 made me laugh. :)

It wasn't until I wrote this I realized how many near misses we've had at Christmas time.

Thanks. I didn't really NEED a license to gt around and I wasn't it a big hurry to drive the family station wagon when all my friends had cute cars.

I hadn't really realized how many car accidents I've been in until i wrote this. We were in an accident on our honeymoon & the car was totaled but it was a rental.

You are exactly right about being anxious and taking our lives into our own hands. I never minded being in a car w/other drivers but didn't want to have the enormous responsibility.

It was insane..the highways were closed and we sat in the side of the interstate for 8 hours before highway patrol arrived. We spent Christmas Eve in a hotel room.

Strangely enough I never made the Christmas connection until I wrote this list. #8 was a bit of both. The wallet owner wrote a very sweet letter thanking me a she thought it was gone for good.

Sisterhood of the Sensible Moms said...

Good lord! You have been hit a lot and the last one made my heart jump. On a lighter note, I totally had to ride around with a boom box in my '68 Camaro listening to "West End Girls." Ellen

One of these days I'll write about #10. Boom Boxers unite!! At least you had a cool car to go with it :) Also West End Girls one of my fave songs.

We nice this post!thanks for sharing!!!
car reflection photoshop

best car! Awesome! Thanks for sharing this.
Photo Editing Services